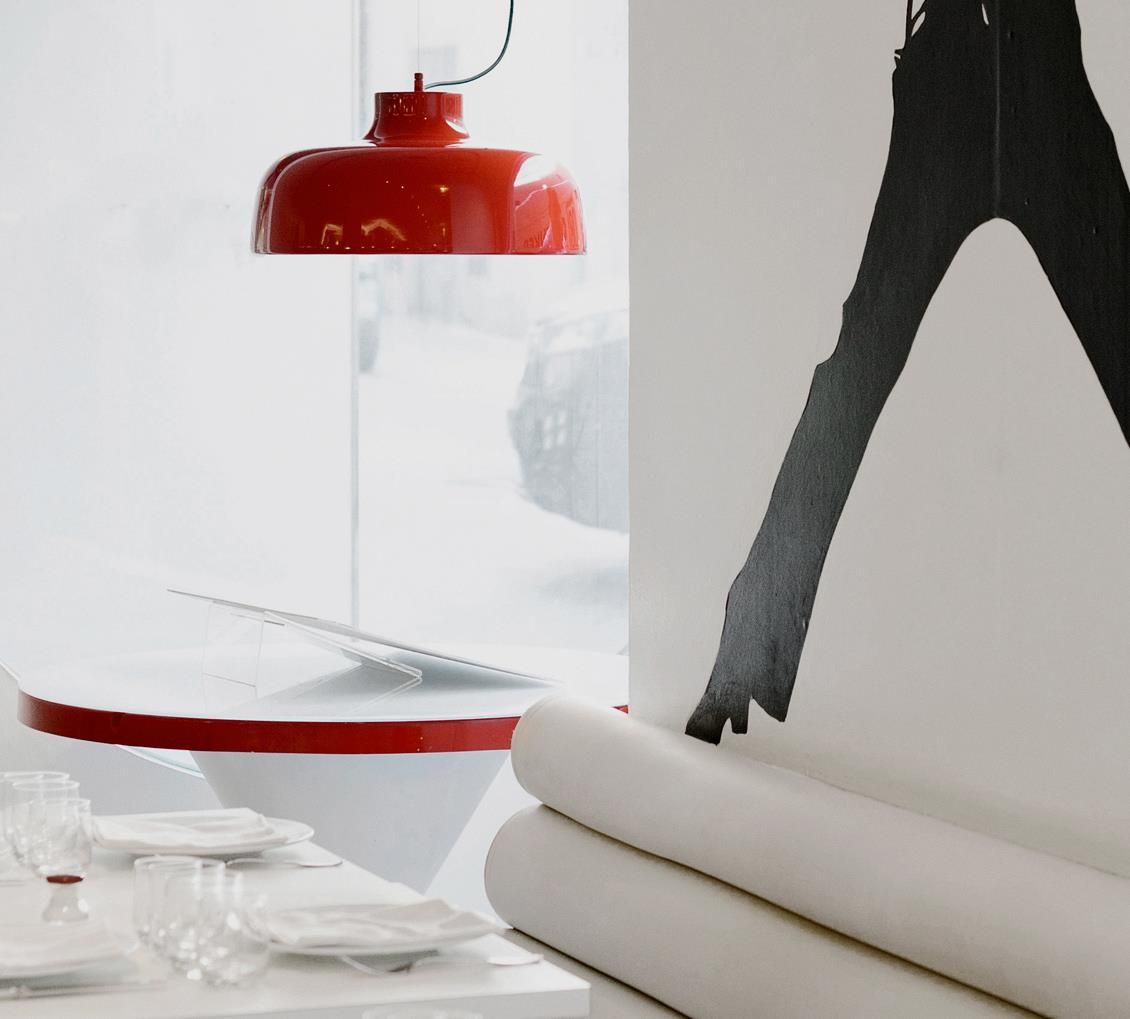 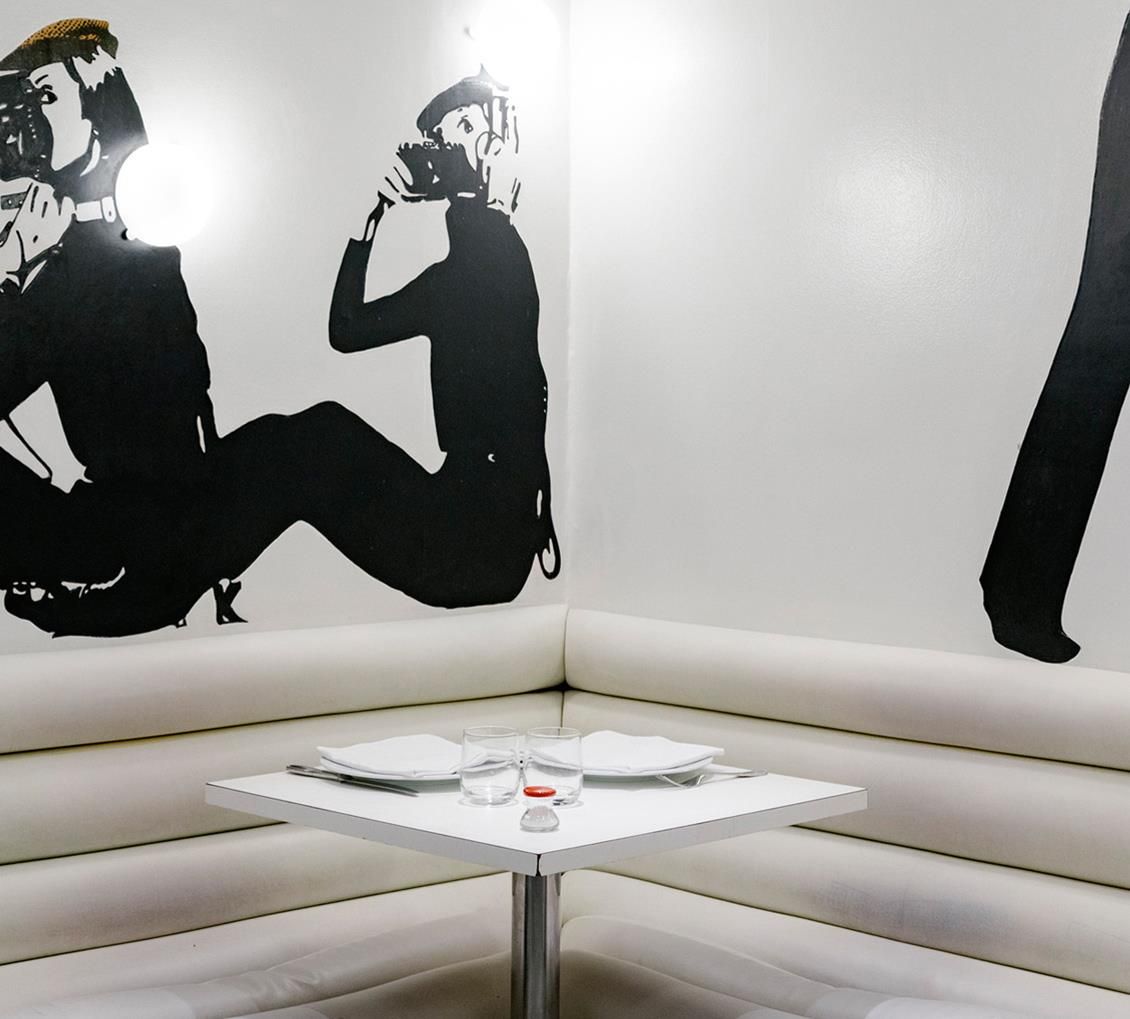 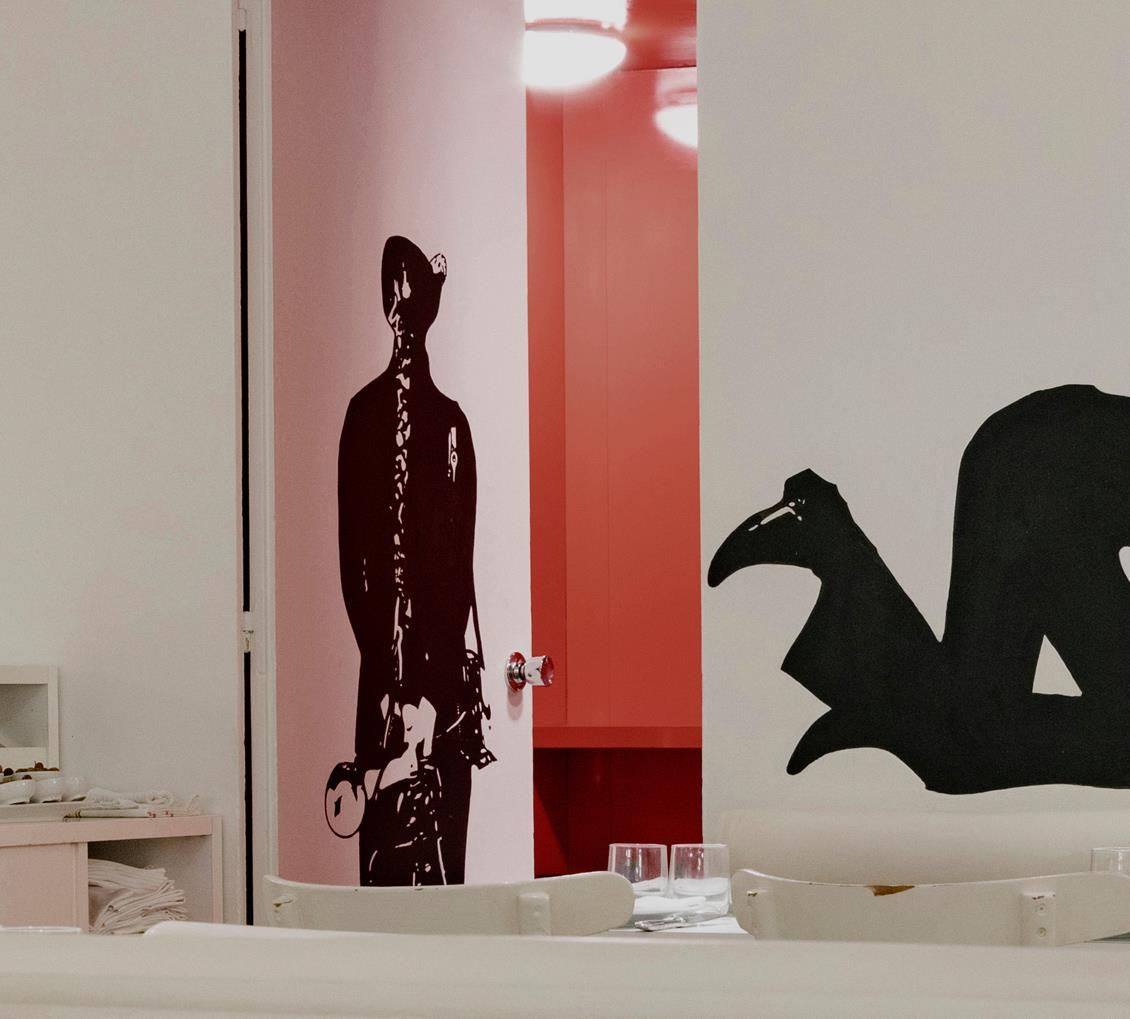 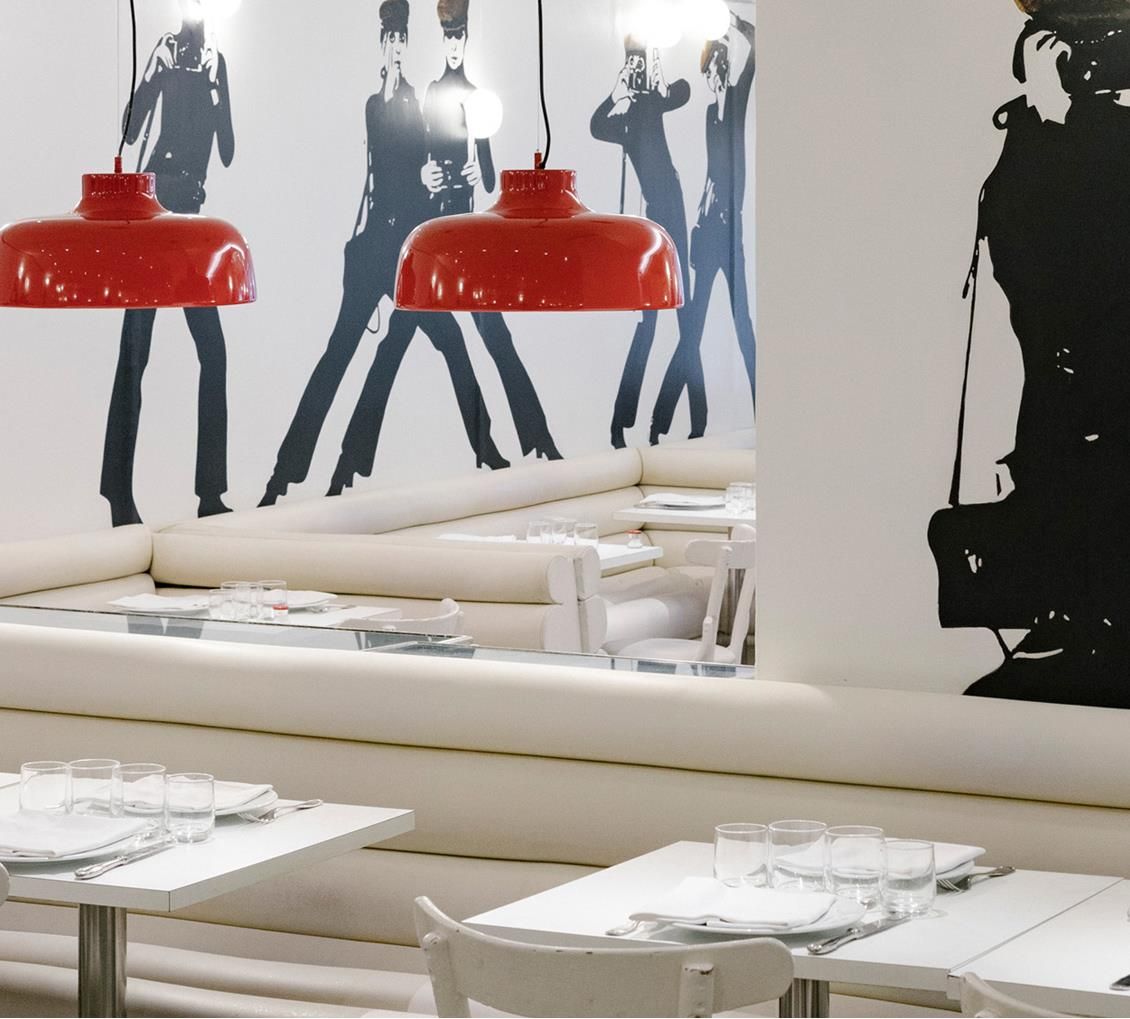 The iconic sixty's pop design of Flash Flash has become a symbol of Barcelona. Federico Correa and Alfonso Milá created a white minimalistic interior with some red touches. Karin Leiz life-size images of the wall are now the iconic Flash Flash girl, symbol of the restaurant and times.
The still modern Flash Flash hasn't been re-designed in five decades, except for the new salad bar (2014), which was designed by Llamazares Pomés Architects, and other small modifications, such as the new M68 lamps (designed by Miguel Milá).
The fascinating interior of Flash Flash is part of the Barcelona's history of architecture and design.